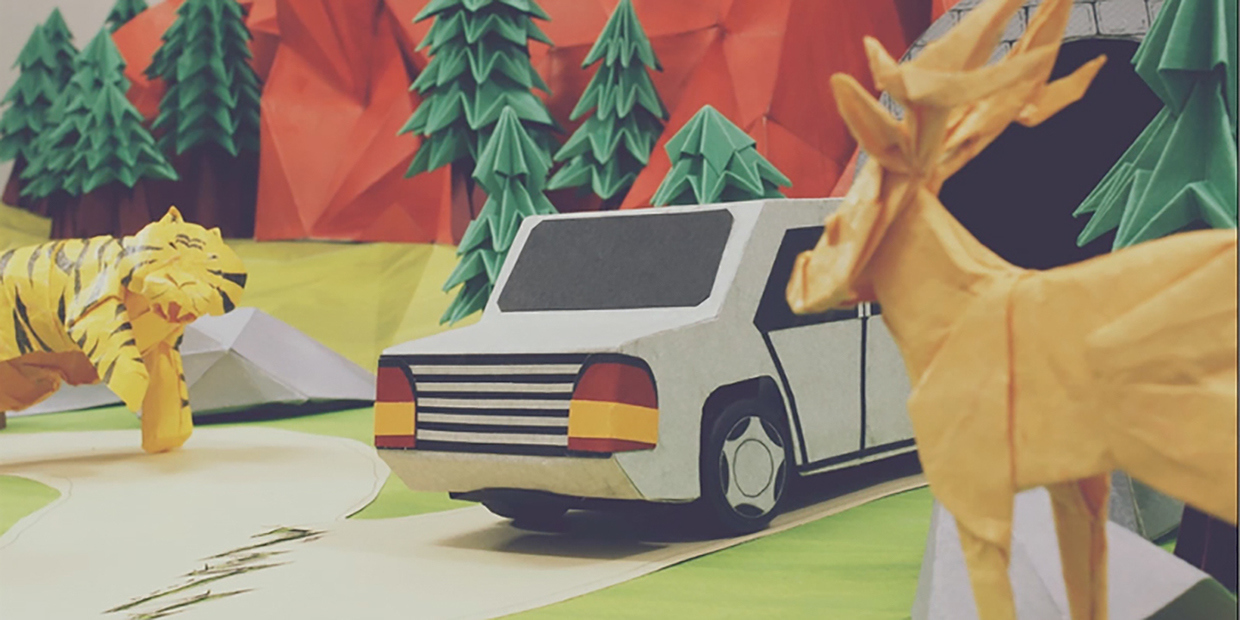 The story is about tiger keeps chasing the car from the jungle to the city, from the past to the present but can not. Infact, it shows how fast the Proton's car is.Paper craft also is trending design that can impressed audiences easily because of its color and shape.Also, when I thought about the idea based on Proton car I found out "tiger" is a symbol of Malaysia which is the country produce this car. Using tunnel to show the innovation of Proton car from past which is Proton Saga to present which is Proton Suprima S.
An paper artist - Vu Nguyen and me - Thao Tran who come from Vietnam, using origami, papercraft and stop motion technique, we produce Proton's TVC which is named "The Journey". 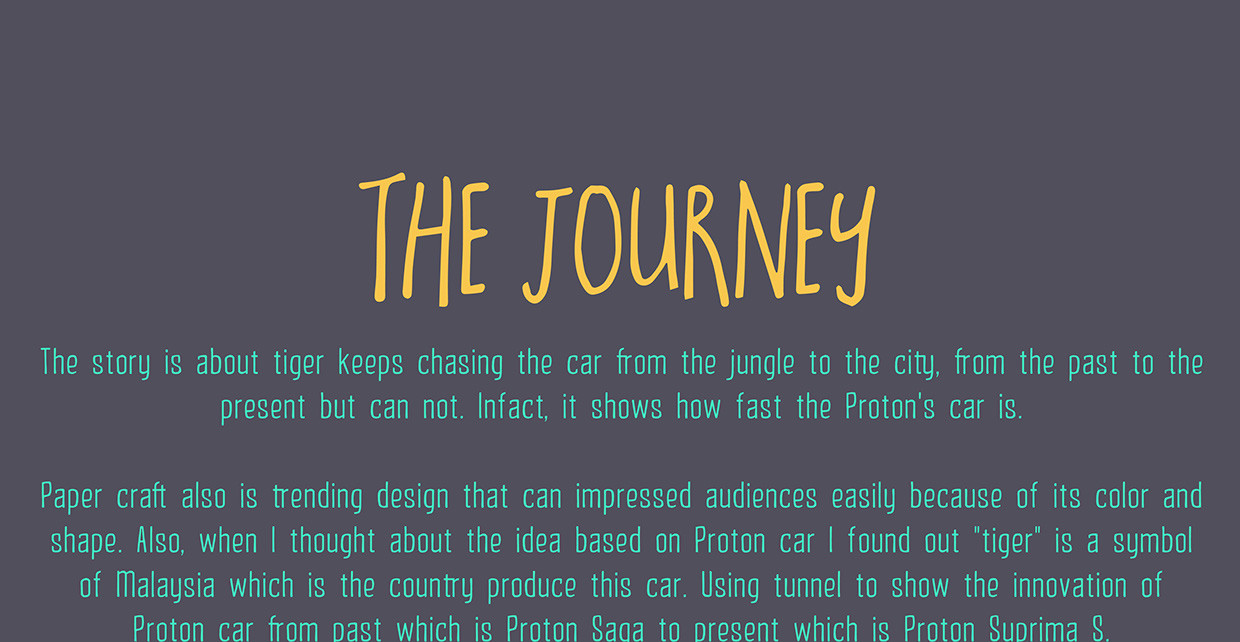 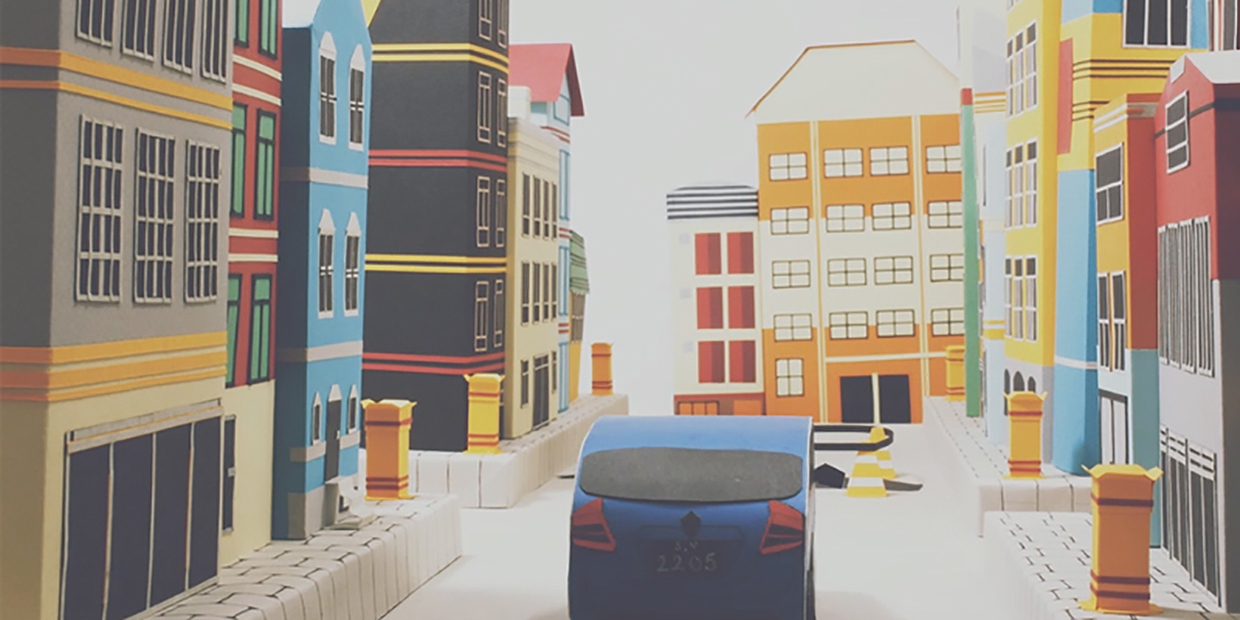