An book cover design for HuMa Indonesia (Perkumpulan untuk Pembaharuan Hukum Berbasis Masyarakat dan Ekologis), an Indonesian non government organization that focussed on law reform issue in natural resources area. This book cover are used for their "Riset Aksi Agraria, Riset yang Mengubah" (Research of Agrarian Action, Research That Make You Change) Book Series. Book I (Green) : "Metode Riset Hukum Aksi" Research Methods of Action Law. Book II (Blue) : "Pemetaan Masalah dan Penyadaran 2012 - 2013" Mapping for Trouble & Awareness 2012 - 2013. Book III (Red) : "Pengorganisasian & Perlawanan 2012 - 2013" Organizing & Resistance 2012 - 2013.
For this artwork, My visual is inspired by Chipko Movement (Tree Hugger). The Chipko Movement was primarily a forest conservation movement that began in 1973 and went on to become a rallying point for many future environmental contrast and movements all over the world, it created a precedent for non-violent protest started in India. More information about Chipko Movement can be read here. In first draft i used woman figures but rejected and suggested to change the figure with local tribe in Indonesia. 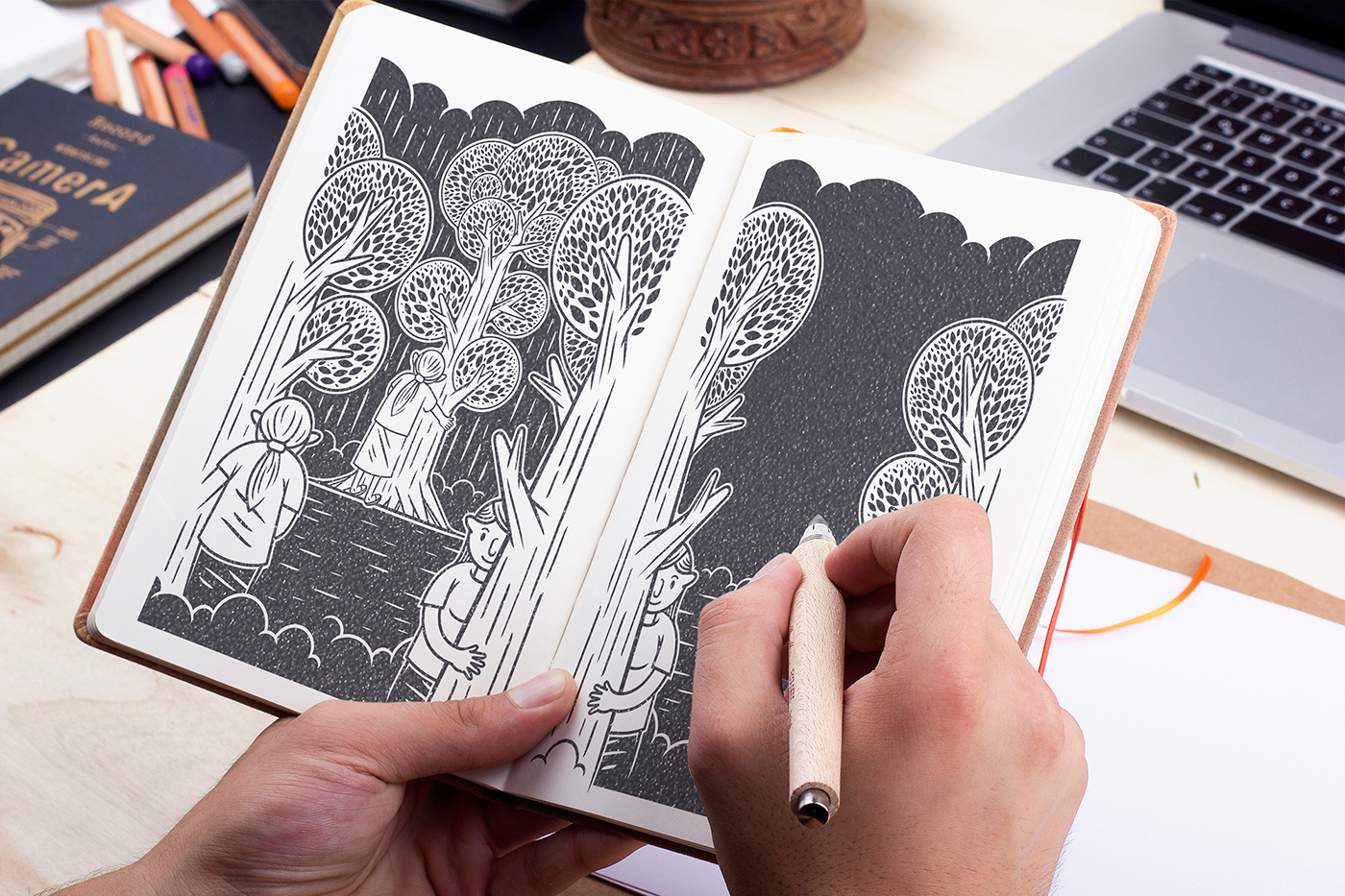 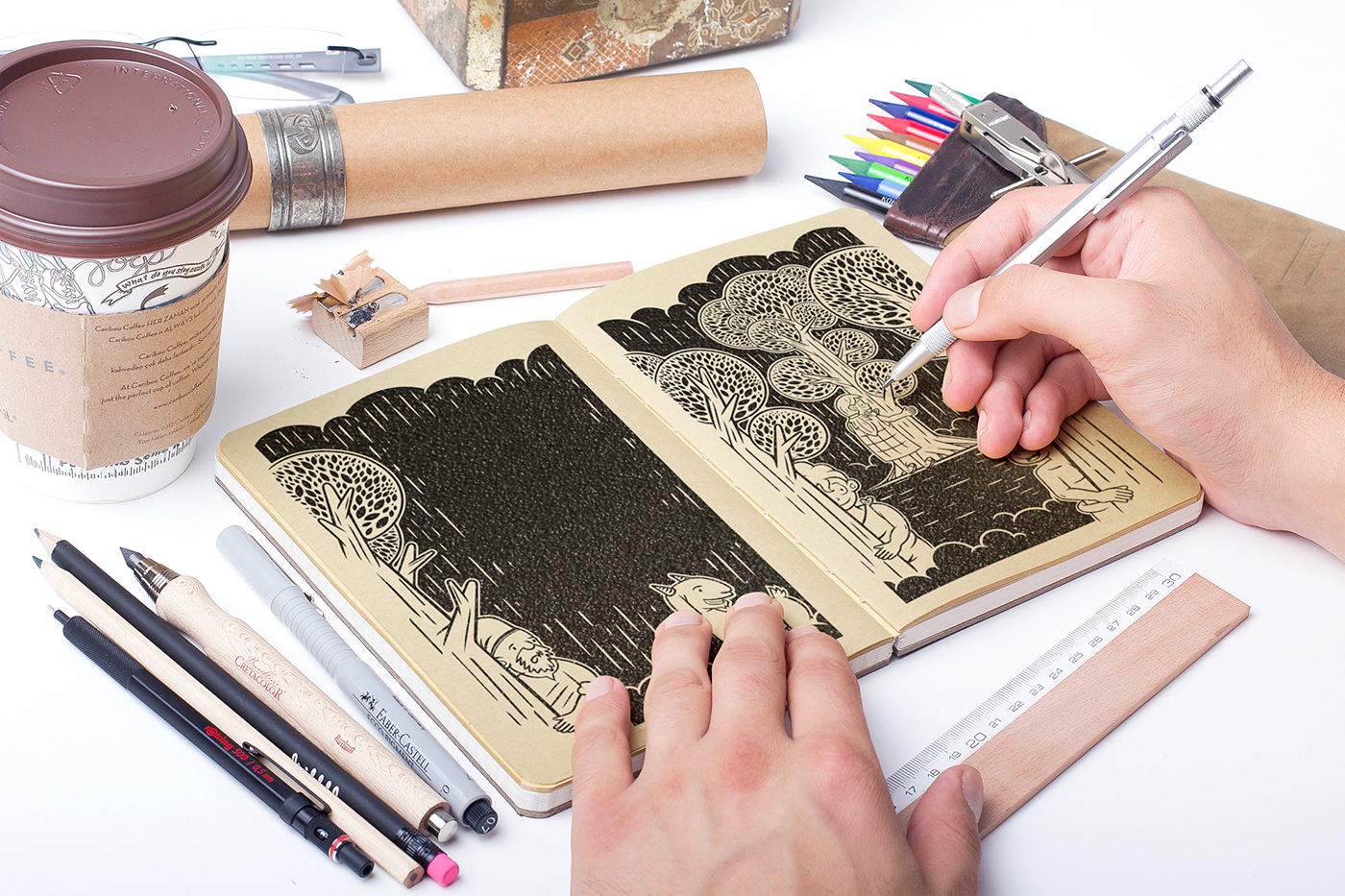 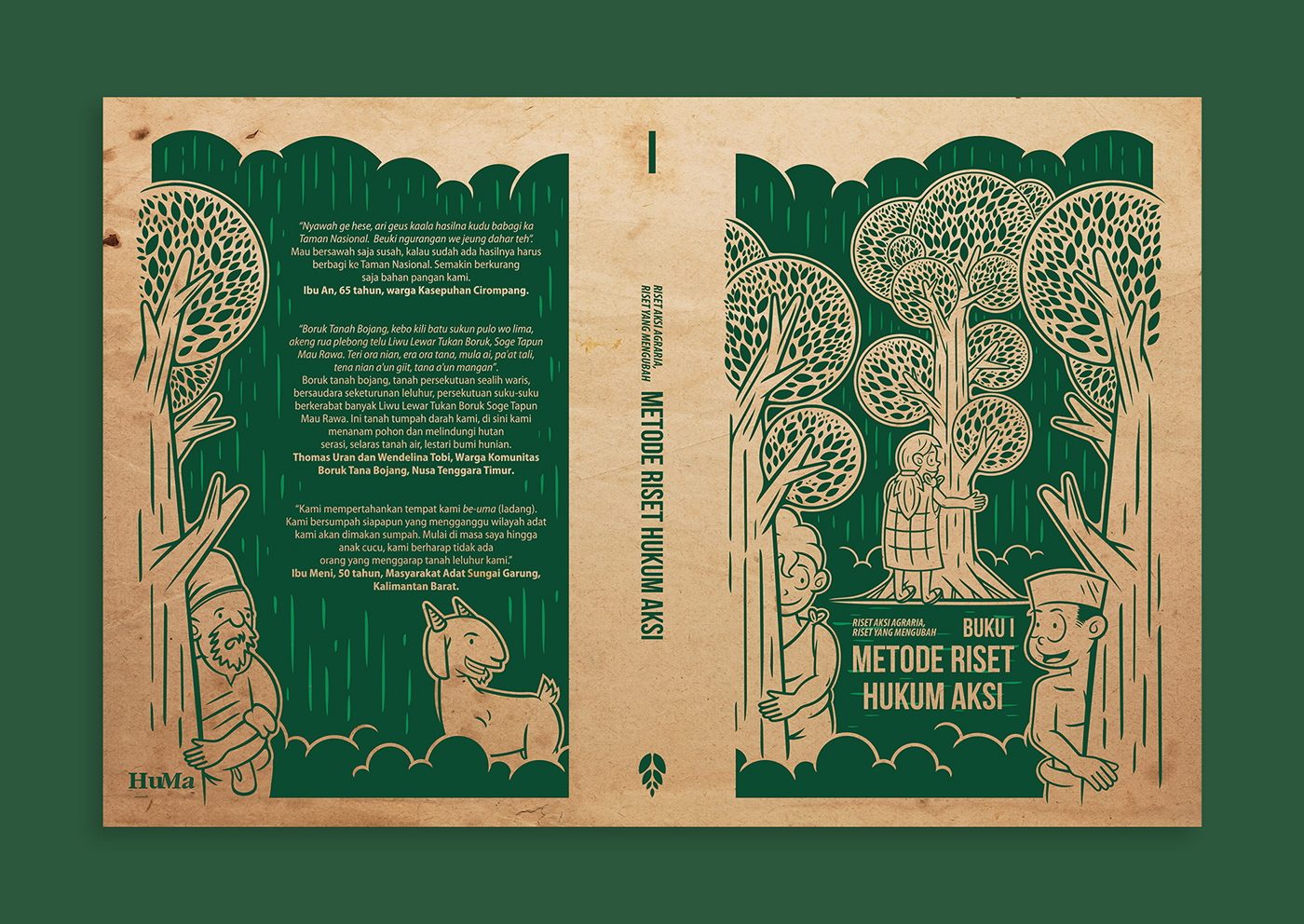 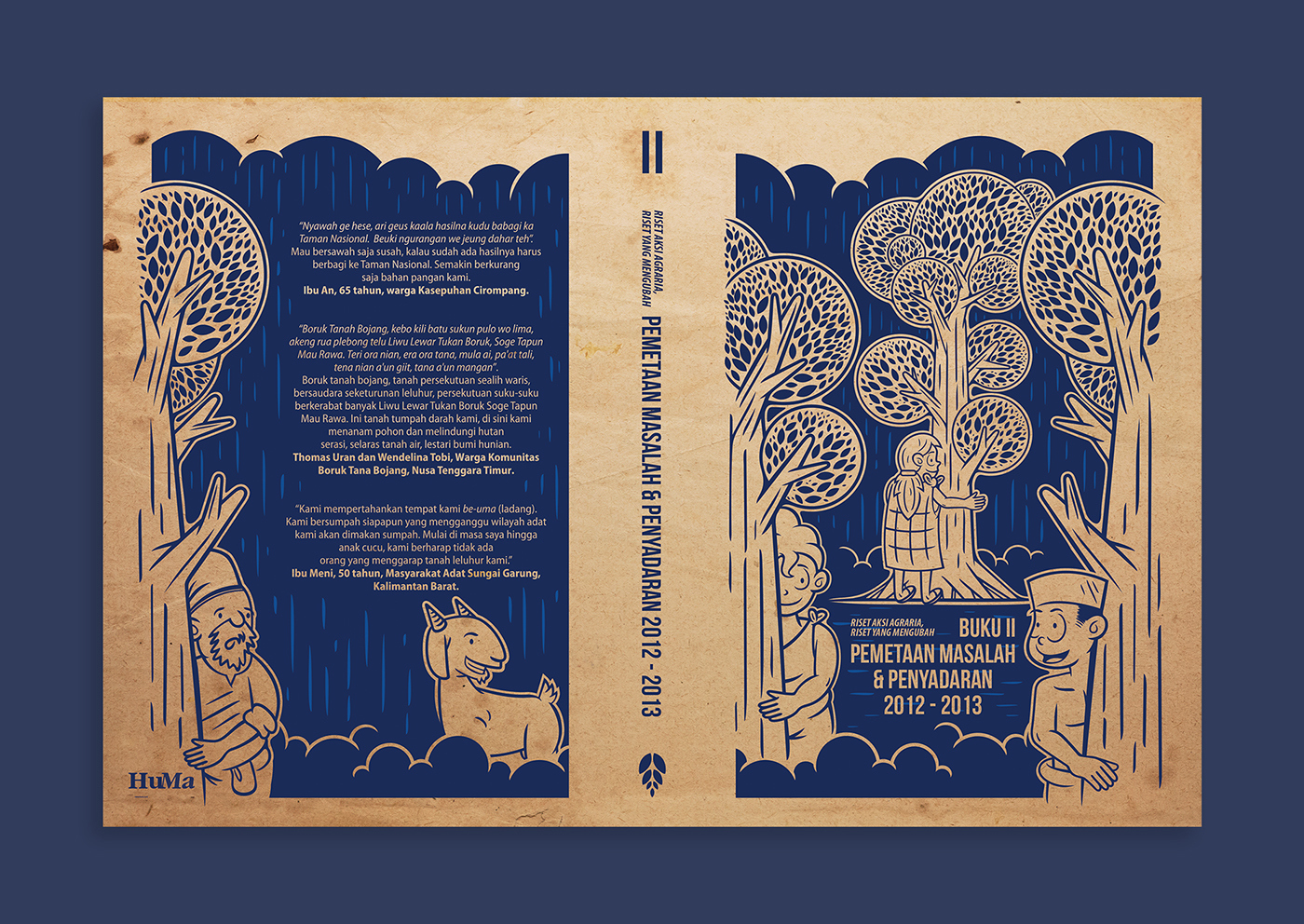 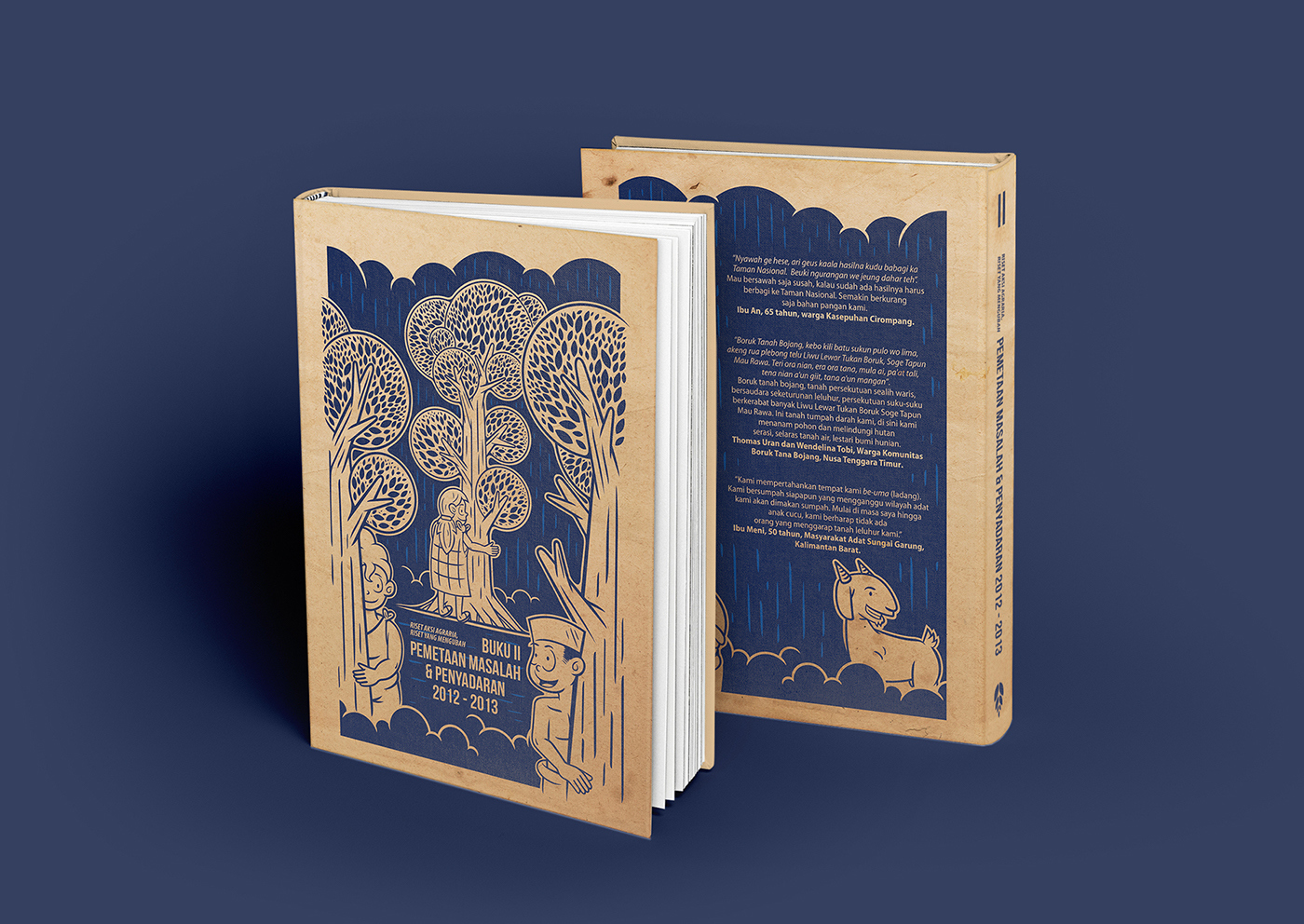 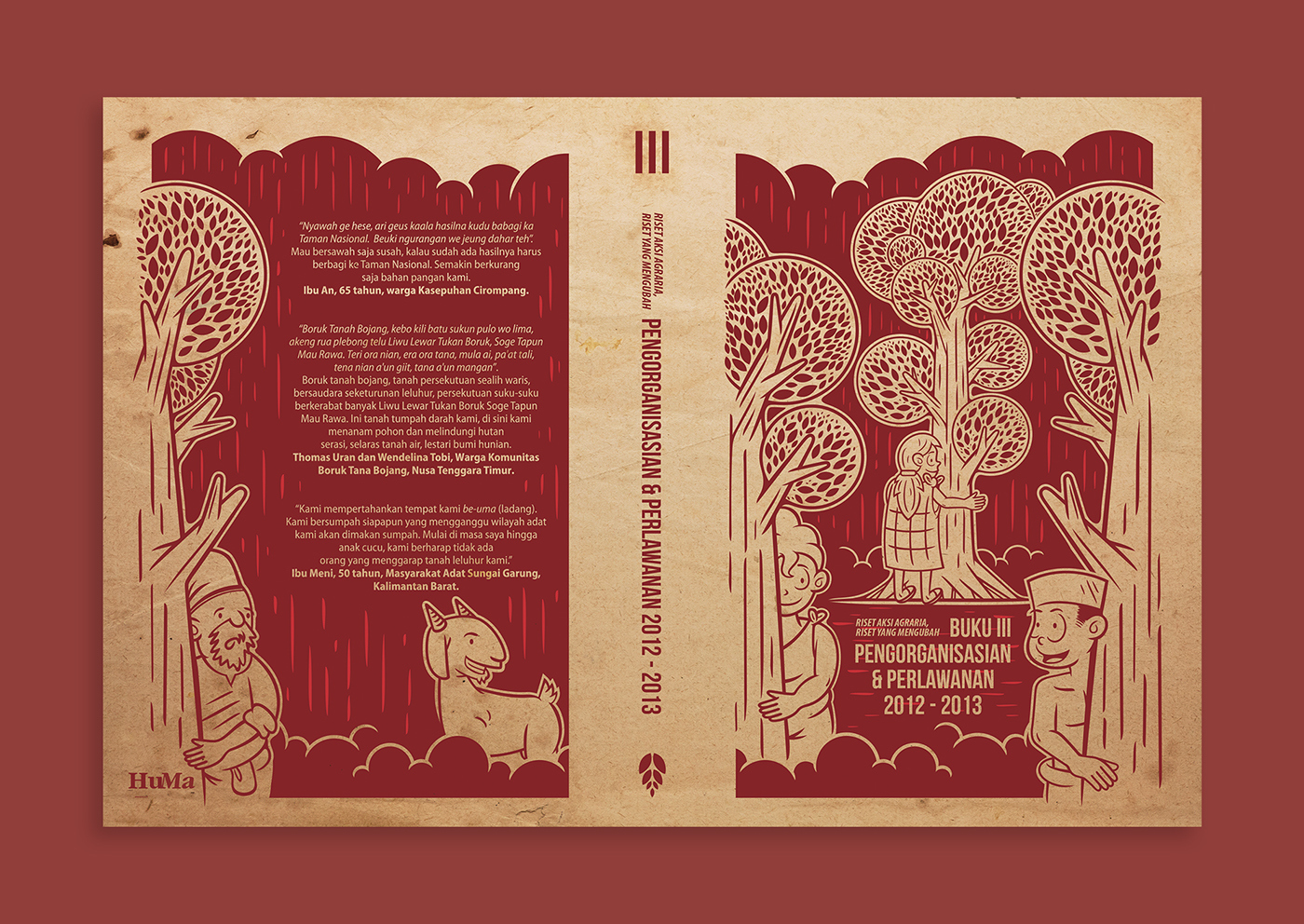 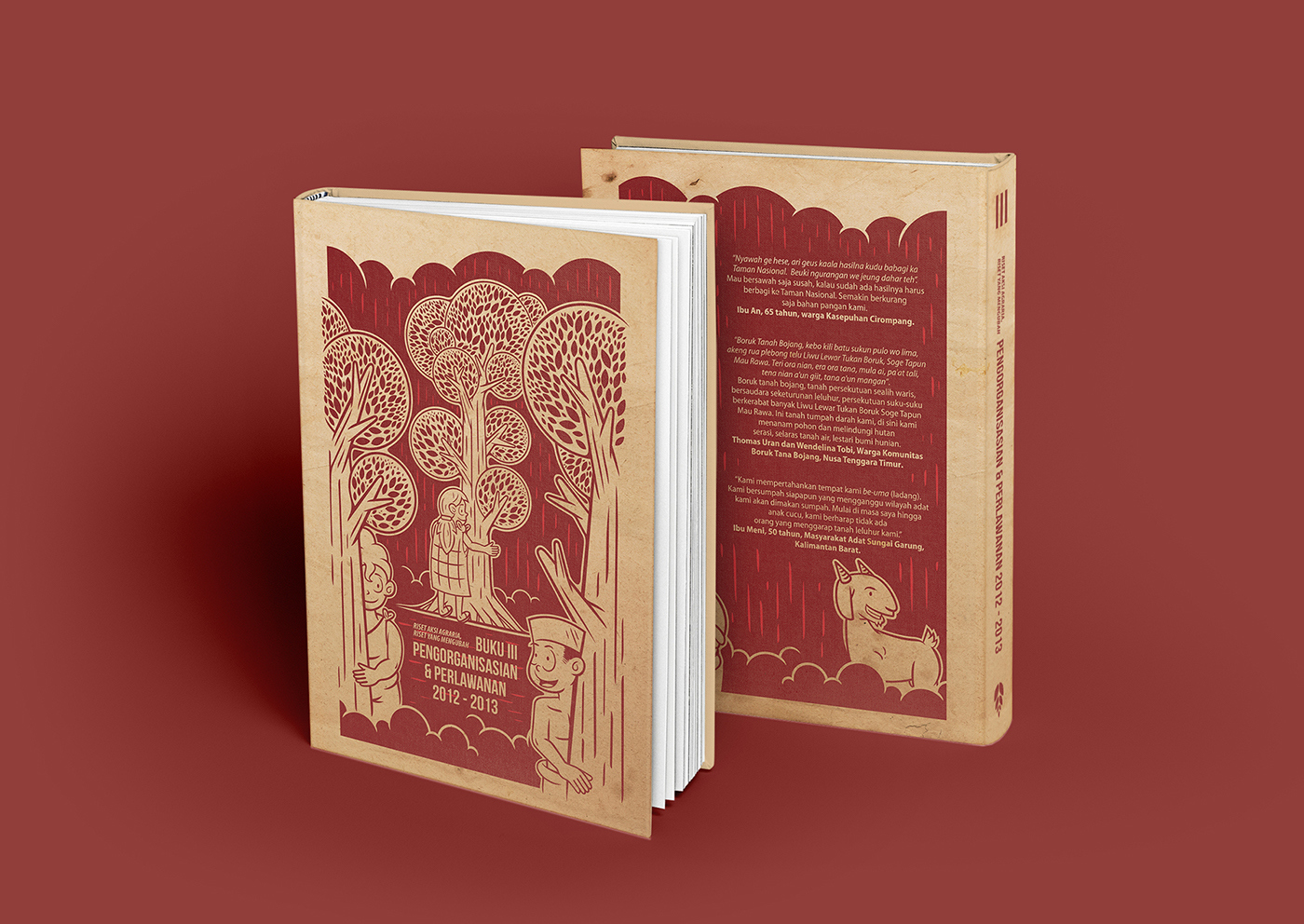