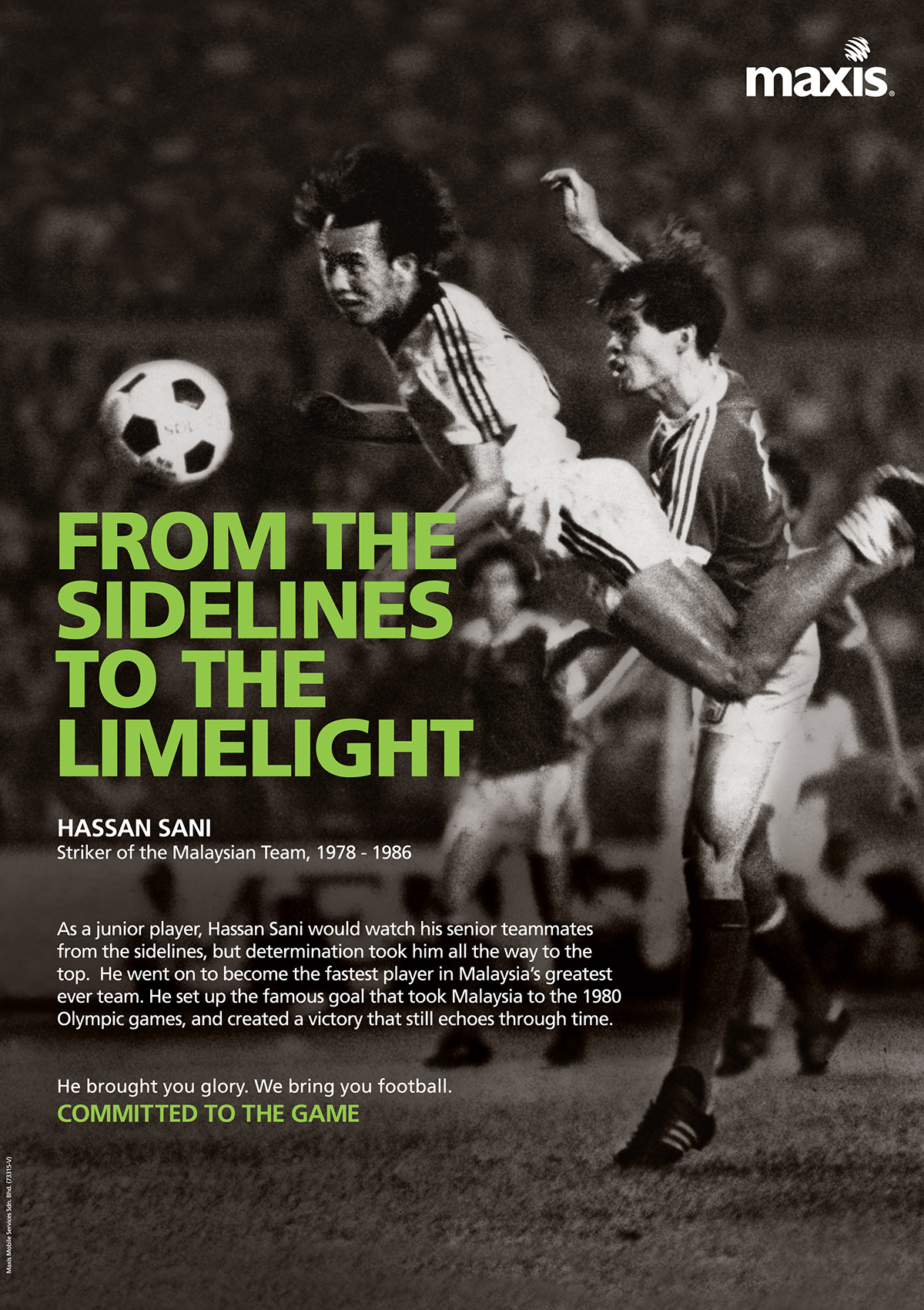 OGILVY & MATHER 2010 MAXIS - COMMITTED TO THE GAME.Malaysia’s largest communications provider Maxis, has brought football to its fans for years, as sponsors for the Barclay’s Premier League and The World Cup. And has always believed that football should always be with its fans, and technology used to bring the game closer. Through products and services they bring me football news and content across a range of touch points.  They give you football anywhere, anytime. Now they are bringing the experience of the World cup closer to Malaysia as the official Broadcast Sponsor.When Malaysia thinks of football, we want them to think of Maxis. The brand had the opportunity to show their commitment to the game during the FIFA 2010 World Cup. Maxis are here to bring you the world Cup in it's full glory. Maxis are here so you never miss a match.So you can experience the biggest event on the planet like never before.Maxis are here because we understand the sacrifice it takes to be a real fan, to live your life in seasons, to put the world on hold for one month.Maxis are here to recognize the dedication it takes to become a hero of the game. We are to celebrate achievements that mean so much more than sport.Maxis are here not only as sponsors. Maxis are here as fans. You could say we're... COMMITTED TO THE GAME. In this film:Hassan Sani talks about his role in the 1980 Olympic Qualification match against South Korea.His amazing run in the closing moments of the match created the goal that secured victory, and qualified Malaysia for the Olympic Games.